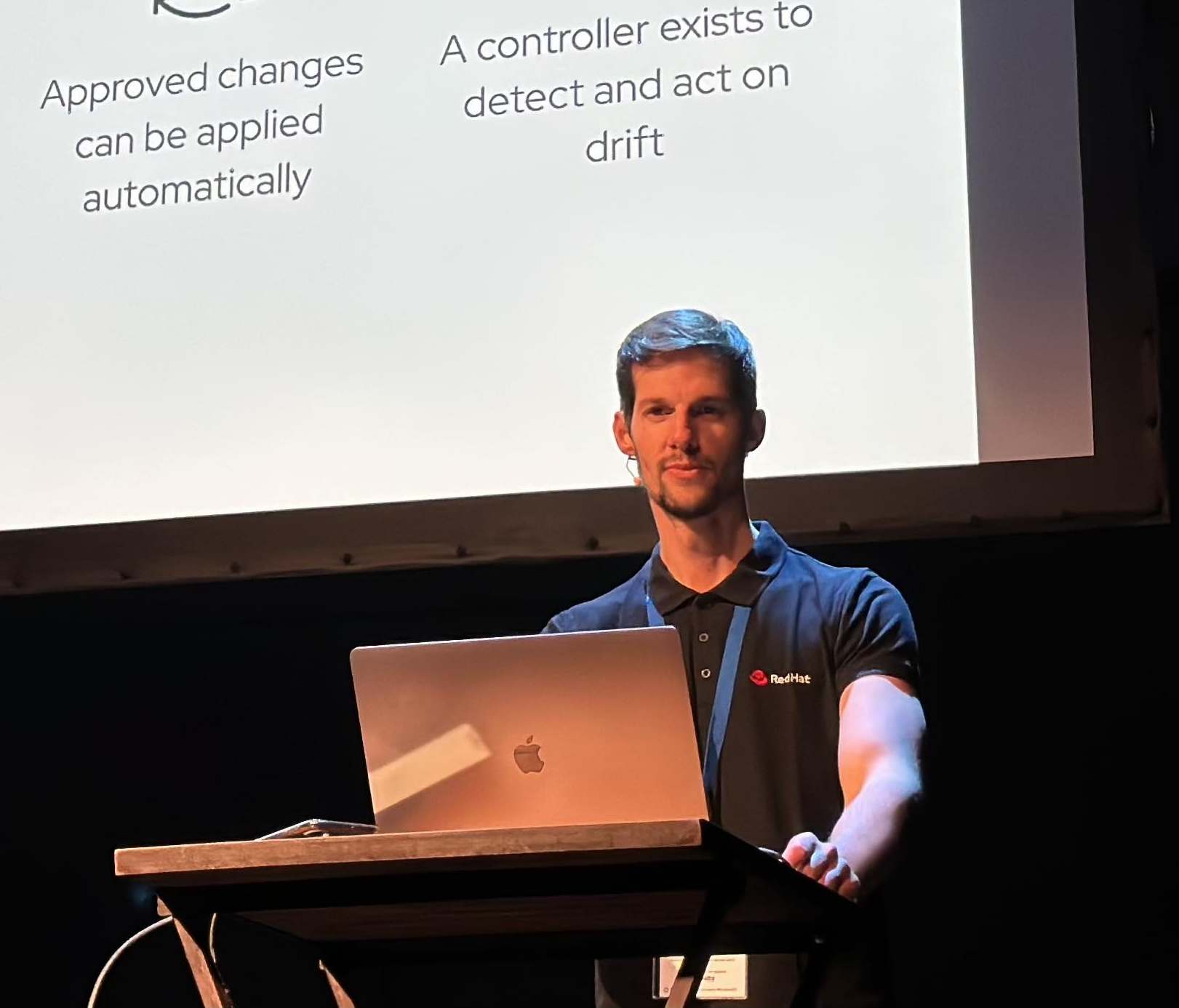 This is the second blog post about Signing and Verify container images to improve security in CICD pipelines, using Sigstore, Kyverno and Tekton pipelines among others.

Check the first part in Signing and Verifying Images to Secure CICD pipelines using Sigstore and Kyverno - Part I.

In the previous blog post we’ve demonstrate how Sigstore is an awesome project focused on software signing and transparency log technologies and can help us to improve software supply chain security.

Cosign is a tool within this project that provides image-signing and verification, so we can sign our container images, to ensure that our container image stored in our registry is signed properly and also the signature is stored within the Registry and always available to be verified.

On the other hand, we also checked that Kyverno is an policy engine designed for Kubernetes, capable to manage policies that can validate, mutate and generate Kubernetes resources and also ensure OCI image supply chain security.

We will see in this blog post how we can combine Sigstore signing images and Kyverno in a CICD pipeline, to increase the security in the supply chain of a software DevOps pipeline.

In this blog post we will using Tekton Pipelines, but other CICD tools like Jenkins, GitHub Actions, GitLab CI and others can be used. On the other hand we used here Kyverno, but other policy engine like OPA could be also used to verify the images in our cluster.

NOTE: All the code / examples used in this blog post are available in a GitHub repository. Check this out!

As we checked in the previous part of this blog post, cosign can be used for sign the images, store this signature in an OCI registry, and verify them to increase container image security supply chain.

Now we will demonstrate how container images can be signed during the build phase of a CI/CD pipeline using Cosign.

Let’s present our CICD pipeline that we will used during this blog post:

as you can check there are some standard steps that we are familiar with, and follows the three steps of the most basic CICD pipeline:

A. Clone / Fetch Repository - For this secure demo pipeline, we’re using a Voting app example written in Golang. The ClusterTask of git-clone is used in this step cloning the repository in a workspace called “shared-workspace”. Task available in Tekton Hub.

In a nutshell these tasks are Build, Push to the registry and Collect the Image Digest to use it in further steps.

Why don’t use the Buildah task out of the box? Because this specific task uses the Registry Credentials for allow Buildah to push the images to a private Registry (GitHub registry in this case, but private repository). +

C. Sign Images - That’s the interesting part that we want to deep dive a bit, because it’s the part when we use Cosign to sign our image when it’s built and pushed to the registry.

As we can remember from the previous part of this blog post series, Cosign supports container signing, verification and storage in an OCI registry, and in a nutshell is a tool that greatly simplifies how content is signed and verified by storing signatures from container images and other types in OCI registries.

Cosign store it in a Kubernetes secret using their current context. The secret contains the private and public keys, as well as the password to decrypt the private key.

If we remember, for sign a container and store the signature in the registry there is a command with cosign:

So in this Tekton step, a specific Task inside of the Tekton pipeline, signs the images and pushes this signature to the registry itself.

This Task and step signs with the private key generated by cosign, the image that is generated in the step before with Buildah, and pushes the signature to the registry:

Signatures are uploaded to an OCI artifact stored with a predictable name:

Then we will use an image verification policy defined in a ClusterPolicy CR of Kyverno:

D. Apply the manifests - Once that the container image is generated and pushed into the registry along with the signature produced using cosign, the k8s manifests needs to be applied, for example the Deployments and the Services.

E. Update Deployment - This final step will update the image of the Deployment with the image tag that is created in the pipeline (my_image:sha256-xxx). This will update and apply the new image and will be validated by Kyverno.

If the Kyverno verifyImages policy rule check fails due to the signature is not found in the OCI registry, or if the image was not signed using the specified key, Kyverno won’t allow the deployment of the image updated, and the Tekton pipeline will fail.

3. Deploying the Tekton Tasks and Pipeline

To run this pipeline first you need to create / apply all the Tekton Tasks and Pipelines that we will be using during this blog post.

IMPORTANT: This blog post assume that we’ve followed all the steps of the previous blog post including installing Tekton, generate keypairs, among other things.

We have two options, deploying with kubectl or… use GitOps and ArgoCD!

First of all we want to mention that deploy the demo with GitOps it’s optional, you can use the kubectl to deploy the objects, but because we’re cool kids we will use GitOps to save some time. 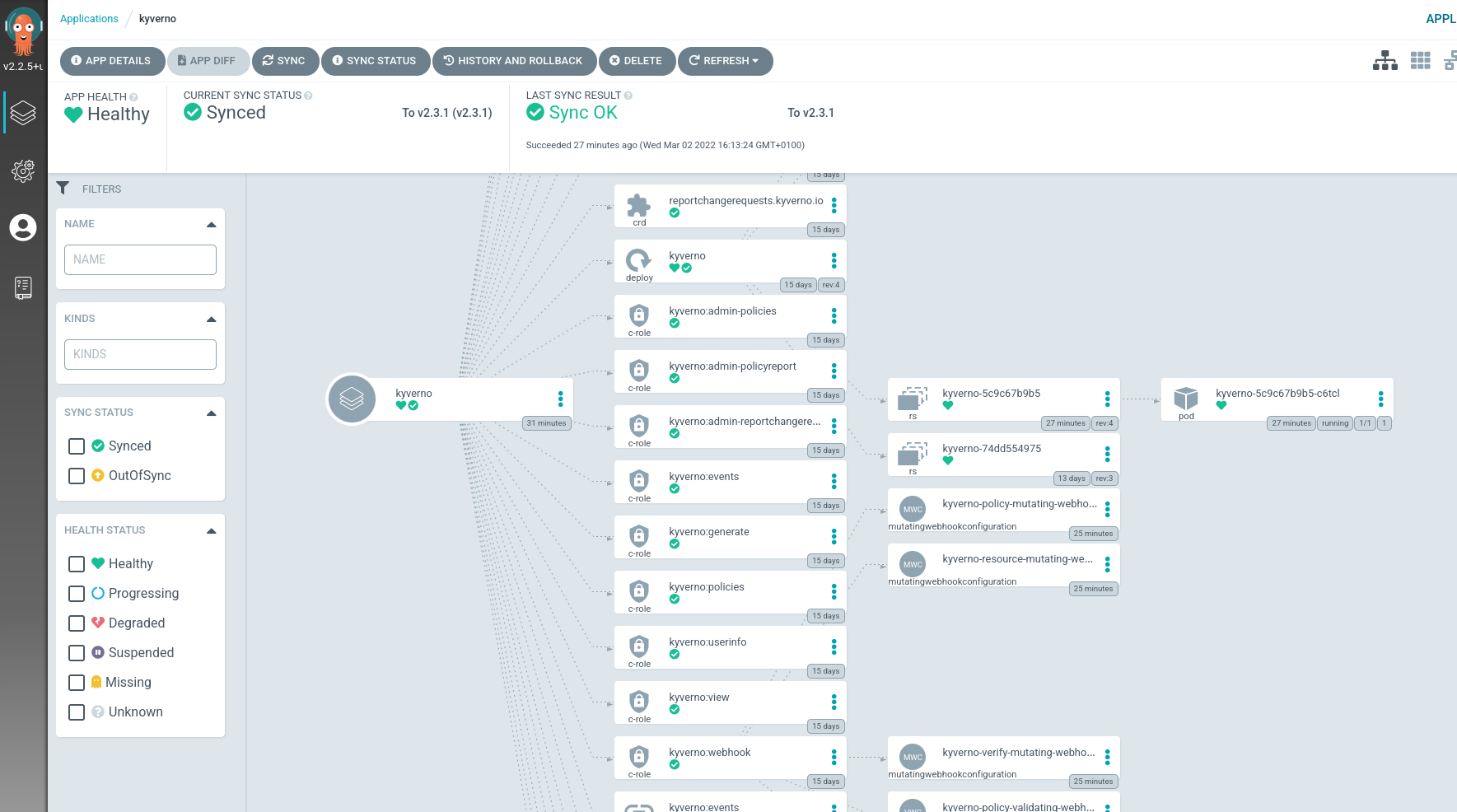 NOTE: remember that you need to patch the Kyverno Deployment to add the registry credentials as we showed in the first part of this blog post:

Once we have Kyverno installed let’s install the Tekton Tasks and Pipelines into the namespace selected.

as you can check we’re using the ignoreDifferences pattern in this case, to ensure that ArgoCD ignores differences within some CRD of Kyverno such as ClusterPolicy or Policy.

For what reason? If we don’t do that, we will have OutOfSync this object in our ArgoCD Application, because it’s synched and managed by the Kyverno controller that changes dynamically the CR and it’s content shows differences with the Git server manifest, showing this OutOfSync. 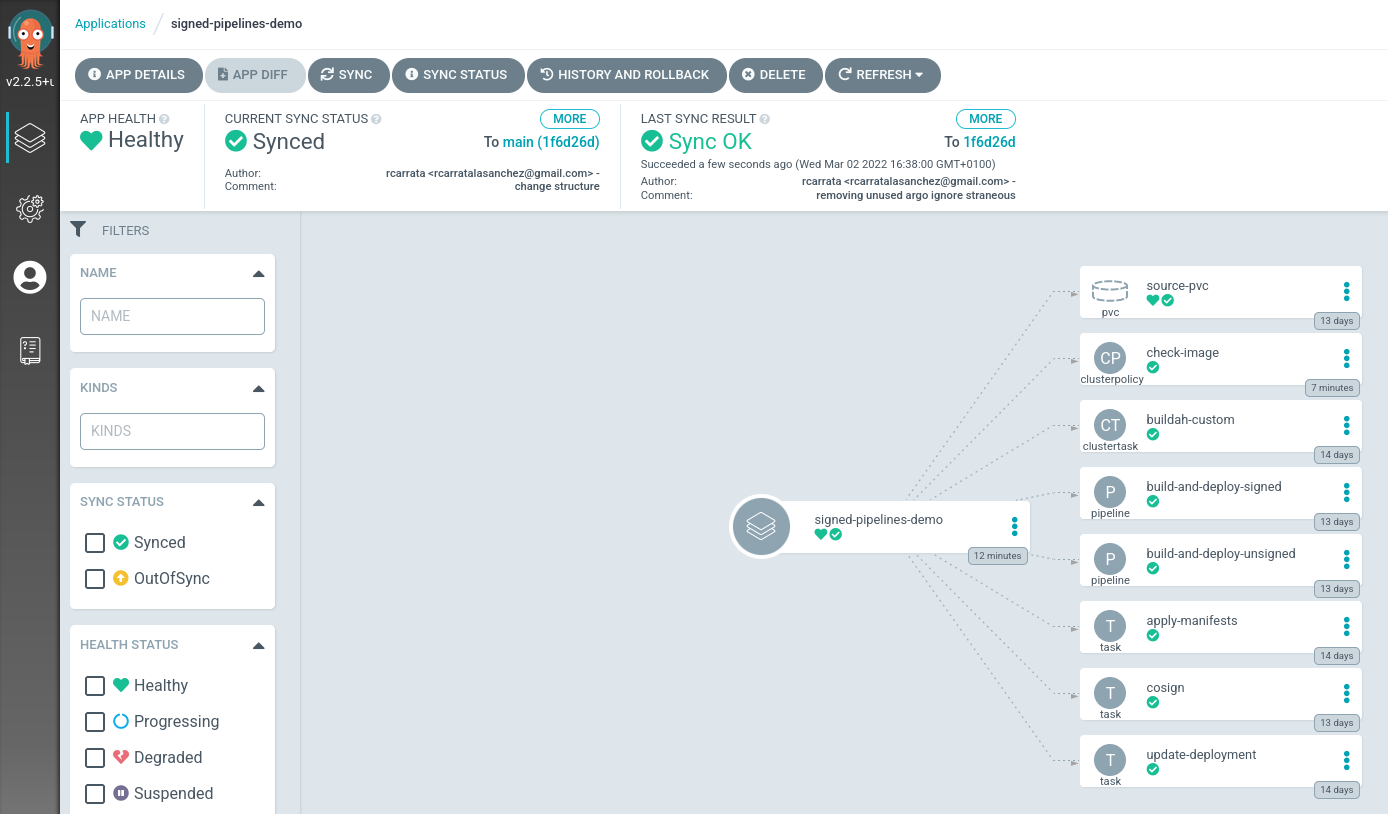 Let’s deploy our Tekton Tasks and other objects using the CLI. If you followed the step before, skip this step because we installed all of the needed for continue, so jump to the next step.

this is only necessary because we need to allow our Tekton Pipeline/Tasks and the Kubelet also to be able to access the GitHub Registry using the credentials that we defined in the first blog post.

as we can check we defined in the PipelineRun several interesting things that we can check: 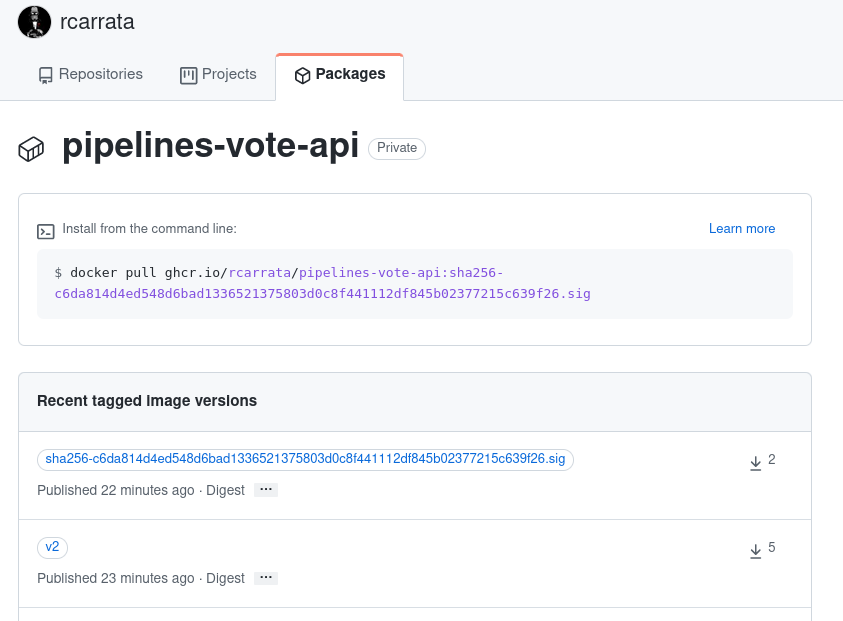 if we checked the tag image used, corresponds with the tag published in the GitHub Registry, matching the c6da8…39f26 sha256 hash.

and the pods are in Running state:

as we can check the key is a public key generated by cosign and it’s used by Kyverno + Cosign for verify the image signature stored in the GitHub Registry.

This policy will validate that all images that match ghcr.io/rcarrata/pipelines-vote-api:* are signed with the specified key that is stored as a secret in the cluster and contains the private key used to sign the container image.

The policy rule check fails if the signature is not found in the OCI registry, or if the image was not signed using the specified key.

Let’s try to Hack our pipeline!

For this, let’s think that some rogue user / hacker gained intel about where is the source code, and have the ability to build a Pipeline to generate the image, introducing some CVEs that he can exploit to gain access to our systems.

If we have not implemented a proper Sign and Verify steps in our pipelines and within our K8s / OCP clusters for our container images, the Hacker can deploy a rogue container image with some backdoor simulating that is our legit application, with the exact same name as is deployed, introducing risks that can be fatal for our supply chain security.

How to fix this? Let’s see the power of Signing and Verifying container images using Kyverno and Sigstore!

We will use a basic pipeline of CLONE -> BUILD -> PUSH -> DEPLOY but without the step of signing. Let’s call this pipeline build-and-deploy-unsigned.

Let’s check the PipelineRun that we create to execute the Unsigned Pipeline that will try to hack our Supply Chain:

as we can check, we will be generate and push a container image that will have the tag of unsigned, and that won’t be signed by Cosign with our Keypair. 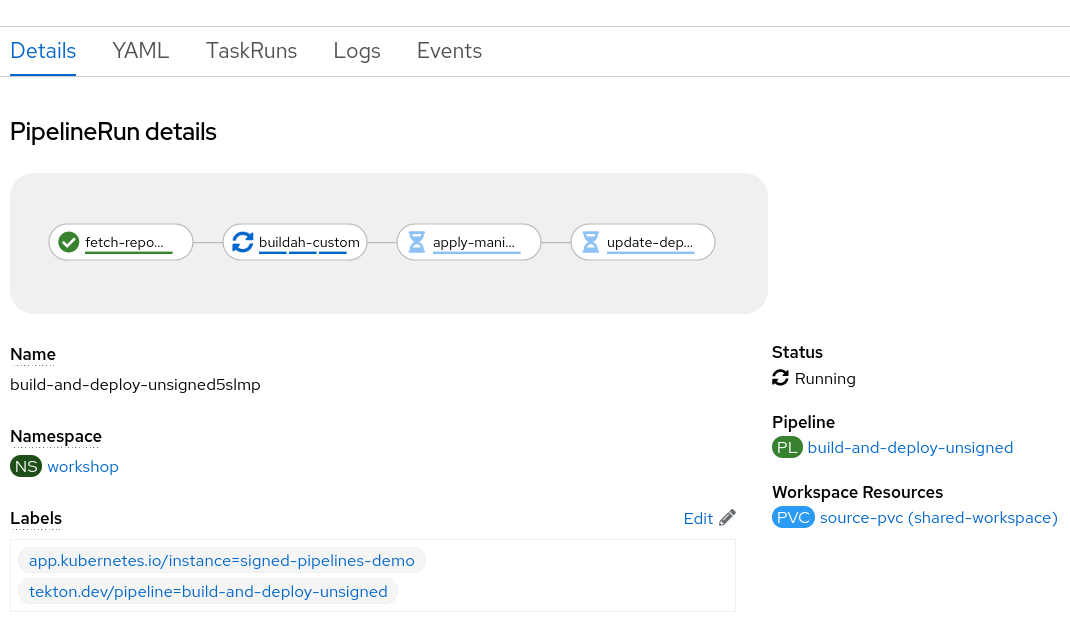 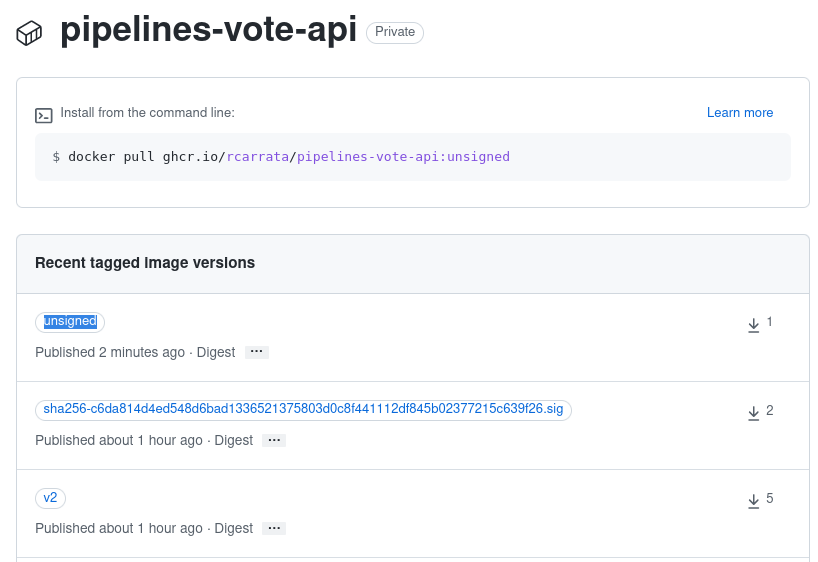 Not really :) Kyverno and ClusterPolicies to the rescue!

we need to remember that the Kyverno policy rule check fails if the signature is not found in the OCI registry, or if the image was not signed using the specified key.

So we’re saved! We protected our Supply Chain increasing the security and hardening of our CICD processes!

And with that we finished our second blog post about Signing and Verifying Images to Secure CICD pipelines using Sigstore and Kyverno.